Fossilised bones of mammals including Mammoth have been found in the black peaty bed that is often exposed after storms. Further information can be found on the 'Geology of the Wessex Coast of Southern England' website. (West, Ian, M. and Keith Talbot. 2017. The Geology of Lepe Beach and Stone Point, Hampshire. Internet field guide. http://www.southampton.ac.uk/~imw/Lepe-Beach.htm . version: 12th September 2017)

The history of Lepe probably goes back to Roman times, when Lepe may have been a small port. There is evidence of a Roman road linking Lepe to Eling at the head of Southampton Water.

The origins of the name Lepe, according to Professor Richard Coates, President of the English Place Name Society, is:

"Old English 'hliep(e)'='leaping place', especially for deer; a fence to allow deer to jump where other animals are restrained. A common name type in forest areas. Possibly a jumpable stream, or other such crossing place."

Lepe (using its original spelling 'Leape' or 'Leap') has appeared in old maps since 1575.
The Ship Inn, an ale-house in the mid 18th century, forms the basis of the current Lepe House. Nearby Gardener's Cottage (Grade II listed) probably existed at that time as well. As shown in Thomas Milne's 1791 map, there were certainly other dwellings at Lepe during the latter part of the 18th century when Lepe was briefly a site for naval shipbuilding. 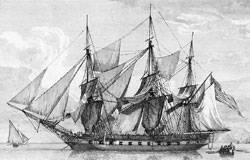 Moody Janverin was asked by the Admiralty to create a shipyard at Lepe in 1744.

A coastguard station was built on the Lepe Estate to combat the smuggling activities in the region shortly after the modern-day HM Coastguard was formed in 1822. Completed in 1828, the Coastguard Cottages (Grade II listed) and the Watch House remain largely unchanged today. These appear in C & J Greenwood's 1826 map of Hampshire and are clearly shown below in the 1871 Ordnance Survey map of the area. The commander of the first crew appointed as coastguards was Lieutenant Hodge. 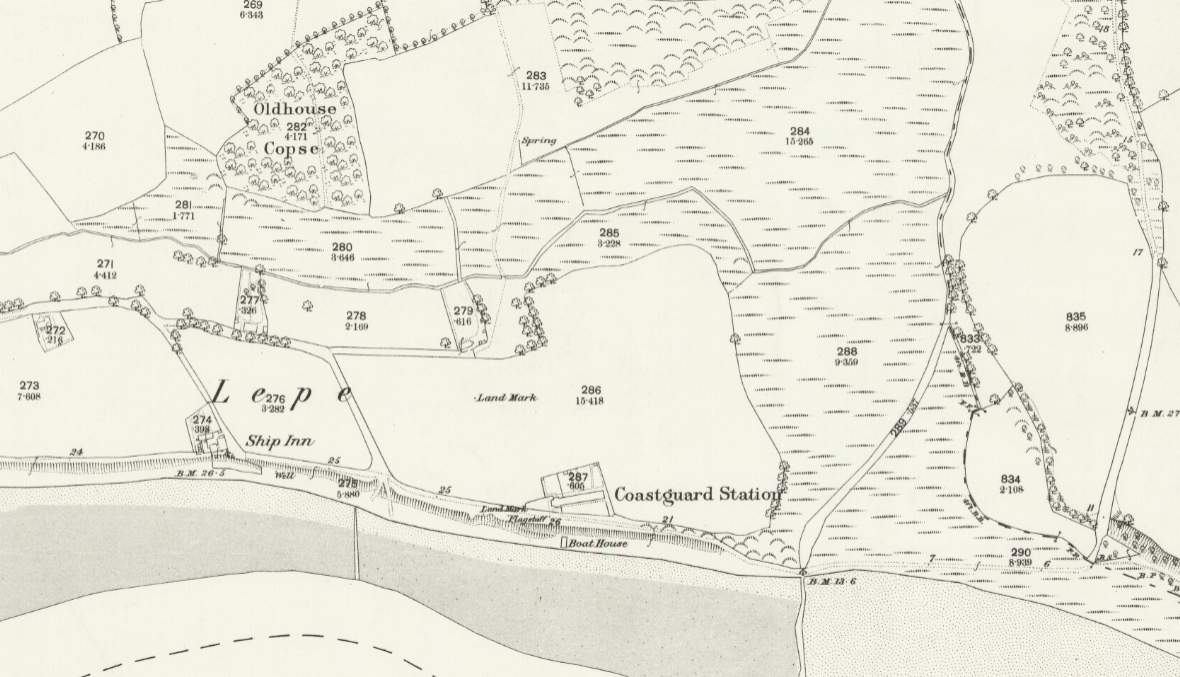 Image produced from the www.old-maps.co.uk service with permission of Landmark Information Group Ltd. and Ordnance Survey.

Lepe Estate has been in the ownership of the same family since it was acquired, together with Exbury Estate, from the Mitford family in 1879. Inchmery House was sold to Lionel de Rothschild in 1916. He bought the remainder of Exbury Estate, including Exbury House, in 1919. Lepe House has been substantially added to over the years, particularly between 1895 and 1925.

The House was requisitioned by the Navy in 1943 and became the Headquarters of the J-Force Assault Group for the West Solent embarkations before the D-Day Normandy landings. The concrete hard and access ramps, which enabled tanks to be loaded onto landing craft, remain in evidence on the foreshore. Perhaps the best description of Lepe, and nearby Exbury, at this time is to found in the novel Requiem for a Wren (Vintage Classics)

by Neville Shute. Details can also be found in Cyril Cunningham's Beaulieu River Goes to War, 1939-45

The House was returned to its owners after the War.